The History of Academy Hill School

The Academy Hill Center (known originally as The Ames Hill Center for Gifted Children, Inc.) began in 1979. The Center was founded by a group of parents and professionals dedicated to providing enrichment classes for intellectually gifted children in the greater Springfield, Massachusetts, area. At that time, parents were driving children to Worcester, MA, for similar programs. 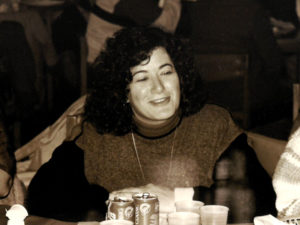 Carol Rosenthal during the earliest days of The Academy Hill Center for Gifted Children (circa 1980). Carol went on to spend her remaining professional career in education with Academy Hill. She retired in 2017. A room at the school is dedicated to Carol in recognition of her many years of service and support.

Saturday and summer classes were held from 1979 - 1981 at the MacDuffie School for Girls in Springfield. In December of 1981, Wilbraham and Monson Academy invited The Center to merge with them and move to the Academy's campus in Wilbraham. A year later, The Center was renamed The Academy Hill Center for Gifted Children. Mary Crist was named executive director of the Center.

Well-known for its popular Saturday and summer classes, Academy Hill Center was often encouraged to open a day school for the gifted. This step was taken in September 1986. The opening day enrollment of 51 grew to 55 by the end of the year. Classes were held in two buildings on the Wilbraham and Monson Academy campus. Members of our first kindergarten class graduated from the school in June 1993.

In 1993, the Board of Trustees of Academy Hill School voted to return to the original site on the fourteen-acre MacDuffie School campus in Springfield. The school was able to house all students in one building and to utilize the cultural and educational resources of the greater Springfield area.

After several years on the MacDuffie campus, the board determined that the school's long-term goals could be better met by purchasing a larger building, which was done in the year 2000. The 2000-2001 school year opened in our new facility, located on Liberty Street in Springfield. 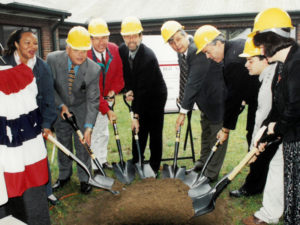 A group of founders and Carol Rosenthal break ground for the renovation of the new Academy Hill School at 1190 Liberty Street in May 2000.

In 2003 the Board of Trustees approved the extension of grade levels to include a middle school component. 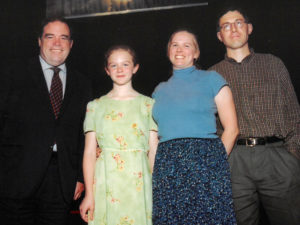 Seventh grade was added in September 2004, followed by the opening of the eighth grade in 2005. In 2013 – 2014, the Board of Trustees voted to add an early learner (pre-kindergarten) classroom to our program. Our enrollment currently sits at nearly 100 students in pre-kindergarten through grade eight. 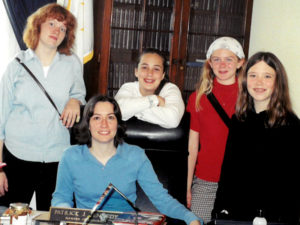 Sharon Desjarlais, current teacher, accompanies a group of students to Washington, DC in 2012. The graduation trip tradition has continued to present day.

Academy Hill welcomed its first student from an alumna in 2019. 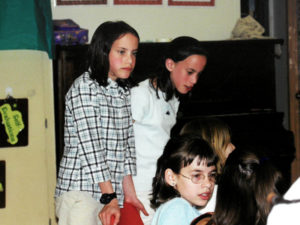 An independent non-profit corporation, Academy Hill continues to be committed to providing excellence in educational services.